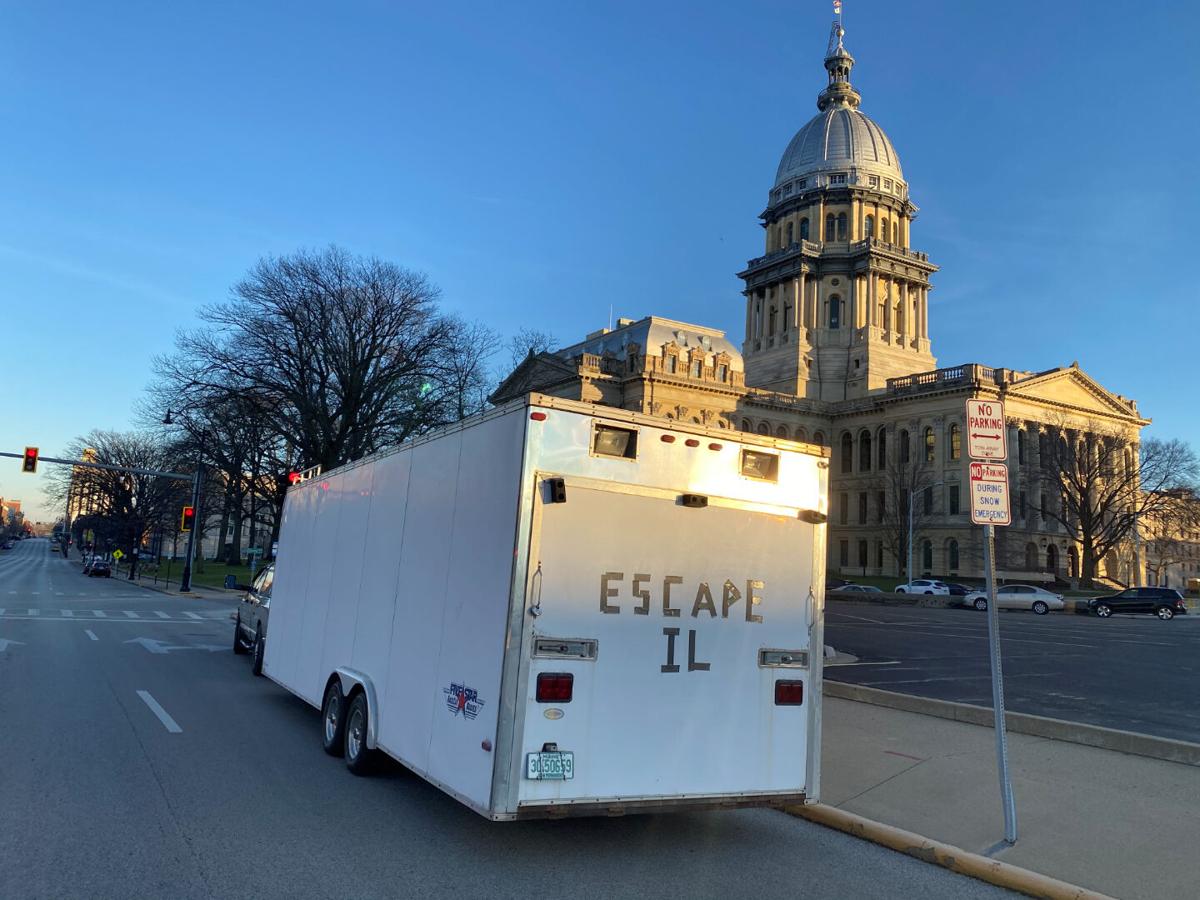 Former Illinois state Rep. Allen Skillicorn drives by the state capital in Springfield on his way to Arizona. 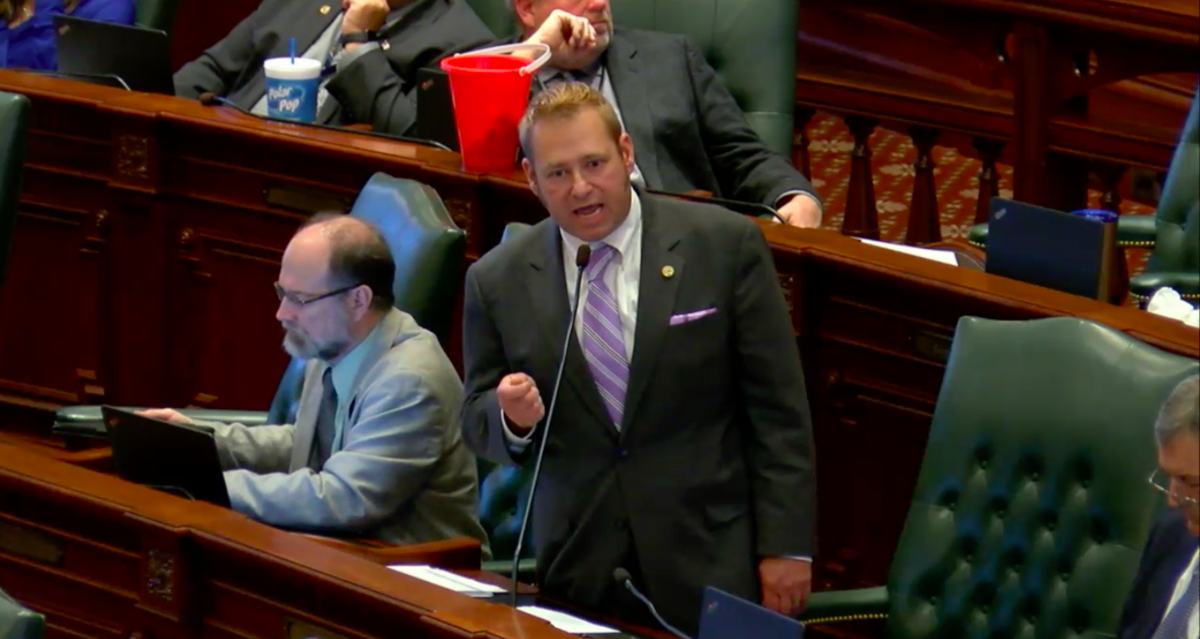 Former Illinois state Rep. Allen Skillicorn drives by the state capital in Springfield on his way to Arizona.

(The Center Square) – Even Illinois’ legislature isn’t immune to population loss to other states.

As the 101st General Assembly wraps up, they’re without state Rep. Allen Skillicorn, a Republican formerly of suburban East Dundee. The vocal conservative announced on Jan. 5 that he had tendered his resignation in the state Legislature, saying he would no longer pay Illinois’ “corruption tax” in good conscience.

“Illinois has been ruled for far too long by a small handful of Cook County Cronies, lead by Speaker Michael Madigan,” he said in his statement. “For more times than I care to count, the Democrat majority and, disapprovingly, many Republicans have voted to pass legislation that raised taxes, increased spending, and created more regulation. It is to Illinois a death by a thousand legislative cuts.”

He had moved into a much more expensive home in Fountain Hills, Arizona but paid comparable costs because taxes were low enough to offset much of the increased cost.

“I looked at the mortgage calculator and thought ‘that payment is half of what I expected it to be,’” he told The Center Square. “When you’re not paying five-to-six, even $1,000 a month in property taxes, that changes the dynamic quite a bit.”

Fountain Hills, Arizona lies on the far eastern side of the Phoenix metropolitan area that includes Scottsdale, Peoria, Glendale, Tempe, and other cities that represent the majority of the state’s population. The town is in a congressional and state legislative district that leans heavily Republican. Skillicorn said he had no plans to run for office in his new home at present but would help other like-minded Republicans get into office.

Skillicorn lost his re-election bid to Democrat Suzanne Ness of Crystal Lake in November. The two-term representative was first elected in 2016.

In all, 24 members of Illinois’ General Assembly have not finished their terms in the 101st legislature. Some retired, others, resigned in connection to ongoing corruption investigations, others accepted positions in other state agencies, others chose not to complete their terms for various reasons including the state policy that terminates their health benefits at the turn of the new year.

Skillicorn joined thousands of former Illinoisans who have left the state, often heading to lower-tax jurisdictions such as Florida, Texas, and Arizona.

In the 12 months that ended in July, U.S. Census data showed Illinois’ population shrank by 80,000 people, a trend that’s continued for several consecutive years. Meanwhile, Arizona had grown by nearly 130,000 residents in that same time.

The Sunday Read: Madigan's tenure should be cautionary tale