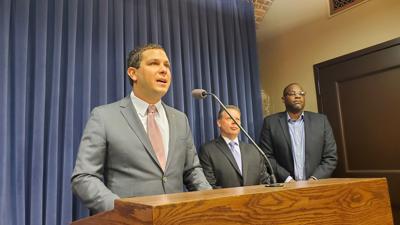 (The Center Square) – Pandemic-related job losses have decimated the Illinois hotel industry, and now officials are asking for help.

The Illinois Hotel and Lodging Association is calling on lawmakers to pass the Hotel Jobs Recovery Plan, which would allocate federal funds held by the state to hotels to help rehire workers.

Illinois Hotel and Lodging Association President and CEO Michael Jacobson said the hotel sector has been left behind.

“The airlines had several rounds of support, the Restaurant Revitalization Fund, the Save Our Stages Act for performing arts venues,” Jacobson said. “Hotels are one of the, if not the only sector of hospitality that didn’t have a dedicated support program from the federal government.”

Nationally, hotels have seen $111.8 billion in losses tied to room reservations, and have seen a decline in convention and event rentals.

According to the American Hotel and Lodging Association, Illinois lost 40% of its hotel jobs from 2019 to 2021.

The Hotel Jobs Recovery Plan calls for allocating $250 million in American Rescue Plan Act funds held by the state of Illinois to provide a one-time grant of $1,500 per room for every hotel in Illinois. Eight percent of the funding would be required to be used for payroll costs including wages and benefits for employees.

Darin Dame, general manager and co-partner of the SpringHill Suites by Marriott in Springfield, said it will take years for hotel operators to recover from the pandemic.

“While it will be impossible to make up for the losses over the last two years, the support called for in this proposal will bring some much-needed stability to our hotel and our industry,” Dame said.

While the Illinois hotel industry struggles to come back, there are other areas of the country where there has been a strong rebound.

According to HospitalityNet, 11 markets have reached pandemic-era occupancy highs, nine of which are in Florida, which ended its COVID-related restrictions far earlier than Illinois.

Orlando, the nation’s second largest market based on supply, posted occupancy of 85.9% in the last week of February. It was the highest occupancy since February 2020. The two non-Florida markets that reached pandemic-era highs were in Arizona and California.

Jacobson said some of the COVID-19 mitigations like vaccine passports and mask mandates in Chicago hurt business. With those mandates lifted, he hopes to attract conventions back to Illinois. When hotels suffer, so do state and local governments in Illinois, he said.

“The state lost $5.4 billion in room revenue between 2020 and 2021 combined, and included more than $1 billion in lost tax revenue for state and local municipalities,” Jacobson said.

According to the Illinois Department of Revenue, hotel operators’ occupation tax receipts this year are still 30% lower than pre-pandemic totals in 2019 and are expected to remain there for the foreseeable future.

How the Foreclosure Rate in Illinois Compares to the Nation

Yearly Gun Deaths Are Up in Illinois

New York most restrictive in U.S. on citizen political engagement