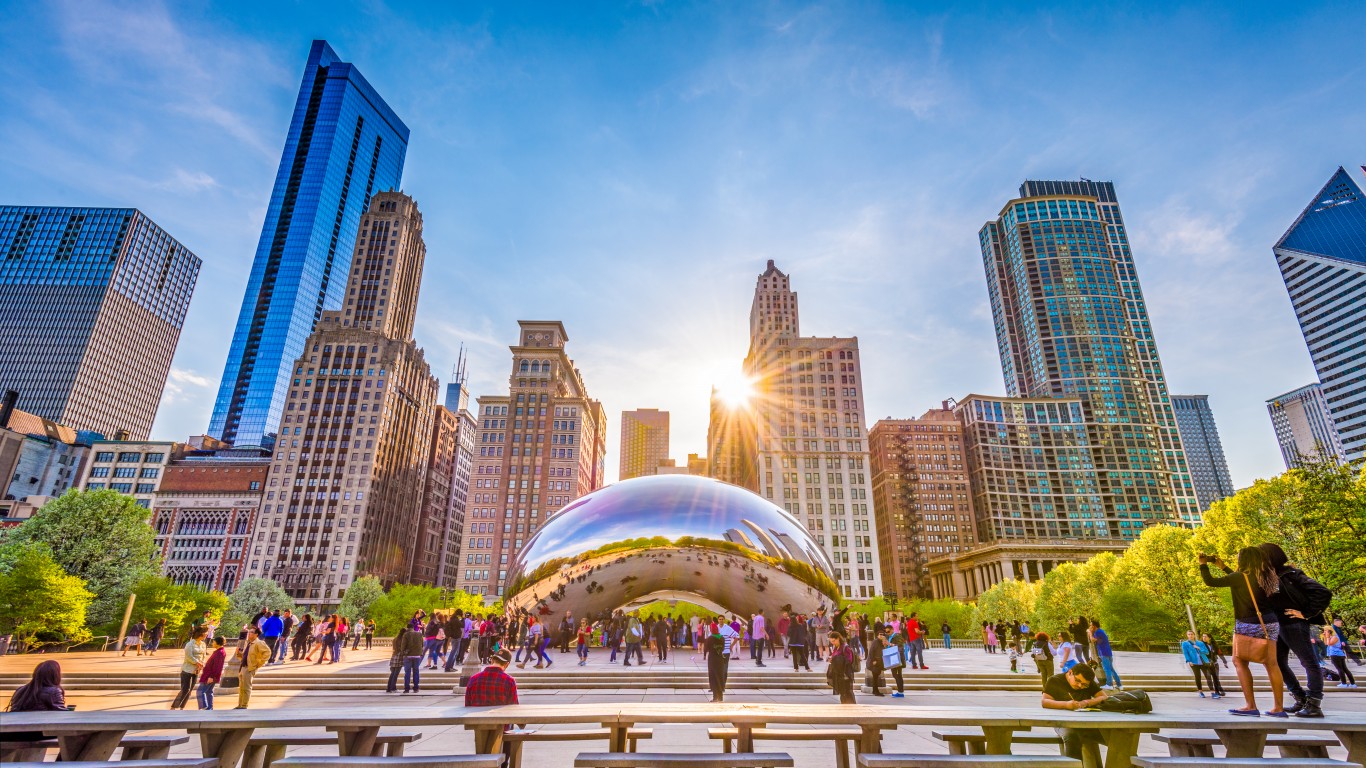 Despite reporting a nation-leading 0.7% population decline in 2020, the number of violent crimes committed in Illinois over the same period increased by 4%. The state's overall violent crime rate of 426 incidents for every 100,000 people is up 4.7% year over year.

There were a total of 1,151 murders committed in Illinois in 2020, up 38% from the previous year. Chicago, a city struggling with high rates of gun violence, was the setting of 774 of those murders, a more than 50% increase from 2019.