(The Center Square) – A federal court has ruled Illinois’ legislative maps Gov. J.B. Pritzker enacted in June are illegal and plaintiffs challenging the drawing of the boundaries have a chance to offer fixes.

Before final U.S. Census data was released, Democrats passed new legislative boundaries in May. The governor signed those maps.

Republicans and the Mexican American Legal Defense and Educational Fund (MALDEF) sued in federal court saying the maps were based on estimates and are malapportioned. Tuesday’s ruling issued by a three-judge panel in federal court agreed.

“The General Assembly must have been well aware of the infirmities in the prior map at the time that it met to draw a new version; indeed, the one likely was the impetus for the other,” the court’s order said. “Mindful of the relatively rare opportunity for a ‘do-over,’ the Court urged the General Assembly to consider the Plaintiffs’ input.”

“Yet, according to the Plaintiffs, the General Assembly excluded Plaintiffs and numerous community groups from the process,” the order said. “[T]he majority caucuses then held hearings and voted on the various iterations of the map within hours of its public release and without releasing data that could have facilitated public feedback.”

“The June maps are unconstitutionally malapportioned and the September maps are illegal in a different way which is a violation of the Fourteenth Amendment in terms of the racial gerrymander,” Herrera said.

“I am gratified that the court recognized that the General Assembly, in unique and unprecedented circumstances, did what we could do in May to fulfill our constitutional obligations, and did what we should do in September to ensure our maps are constitutional," Harmon said in a statement. “The Republicans’ preferred remedy was indeed “far-fetched.” Now, the Republicans finally need to put forward their own maps instead of simply complaining about ours.”

“Today’s ruling is a victory for Illinois citizens, advocacy groups and communities of interest," they said in a joint statement. "During this process the Republican caucuses consistently demanded transparency and fairness in mapmaking, which were rejected by the Democrats and Governor Pritzker. The court’s ruling validates all the concerns that were raised during the Democrats’ unconstitutional attempt to gerrymander Illinois.”

“Maps aren’t about politics. Maps are about people,” Plummer said. “They’re making sure that people have a voice in their government and in Illinois we have a system that they were trying to rig so that politicians were selecting their voters. We need voters selecting their politicians.”

Meanwhile, Democrats are expected to approve new boundaries for Illinois seats in the U.S. House, where the state loses a seat because of population decline. The proposed maps, opponents say, are gerrymandered. 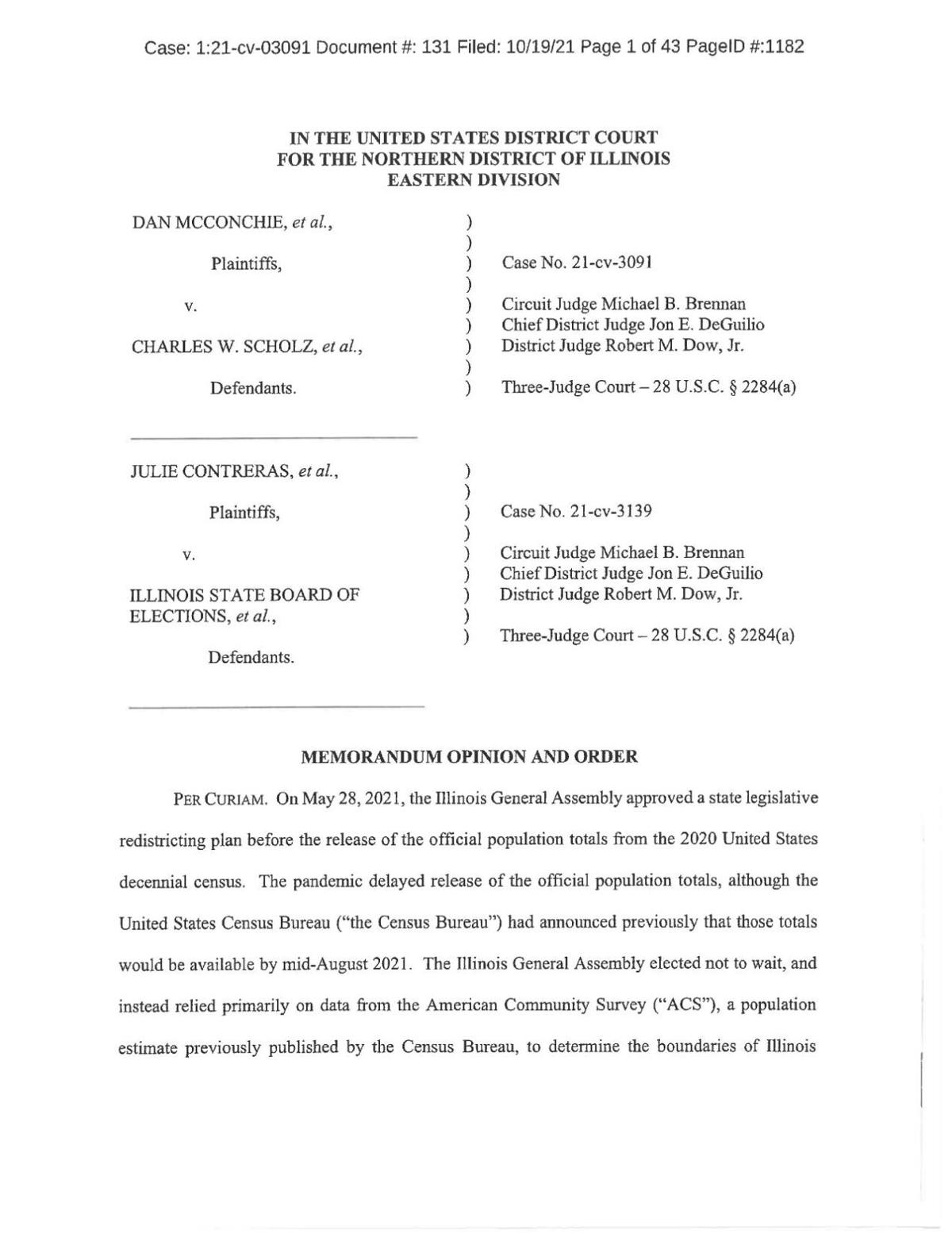 Chicago, IL Reported One of the Highest Murder Rates in the US