(The Center Square) – A federal lawsuit filed against a child welfare investigator contracted by the state of Illinois, and others, alleges three children were taken away from their parents for more than a year for arbitrary reasons.

In 2019, three children of Jacob and Patricia Krueger were taken into custody by the Department of Children and Family Services (DFCS). Attorney Aaron Rapier represents the family against Dr. Channing Petrak, a contractor for DCFS, and others. He says one of the children was being treated at a hospital for a complex medical issue and was being prepared for discharge.

“While [Petrak] went into the meeting intending to discharge this child home to the family, which means of course that she didn’t suspect any abuse or neglect at that time, she did a complete 180 after she was embarrassed in front of a colleague,” Rapier told The Center Square.

The lawsuit was filed on Jan. 20 in the Peoria Division of the United States District Court for the Central District of Illinois. The three children are listed in the lawsuit as AA, BB, and CC. They ranged in age with the oldest being 3-years-old and the youngest being just three days old when they were taken from their parents.

The situation unfolded when the middle child was being treated for a complex medical issue, but was preparing to be discharged from the hospital.

After the meeting, the lawsuit alleges Petrak contacted other defendants that she was making an investigative finding of medical child abuse.

Rapier said despite a previous 17-month investigation finding no medical neglect of one of the three children, who has a complex medical history, all three children were eventually taken away for more than 460 days, including the three-day-old child.

A spokesperson for DCFS declined to comment on pending litigation. An attorney for Petrak didn’t return a message seeking comment.

“It’s just too scary that someone has that much power and can act so arbitrarily,” Rapier said.

Michelle Weidner, executive director of the Family Justice Resource Center, said “a wrongful allegation can happen to anyone.”

“For children under about age of 3, any birth injury, medical condition or accidental injury can launch an investigation,” Weidner said. “When children have complicated medical situations, the parents need to be able to trust the hospitals and providers to make their child better. All too often though, when a child has an unexplained medical finding the hospital calls in a child abuse pediatrician who DCFS relies upon to find abuse and write medical opinions in anticipation of litigation.”

Rapier is looking for the hospital to clear the record.

“The medical record carries on this false premise, even after the family has been cleared in court,” Rapier said.

For Petrak, Rapier said they’re looking for her to pay “substantially” for the damage done to the family.

Weidner said there are lasting effects when mistakes are made.

“When the child welfare system operates at the direction of a single child abuse pediatrician to the exclusion of other medical providers who disagree with the diagnosis of abuse, it can cause lifelong overwhelming harm to children, parents and extended family,” she said.

“Sadly, this one is not isolated and we are investigating other cases where children have been removed and the allegations of abuse and neglect are false,” Rapier said. 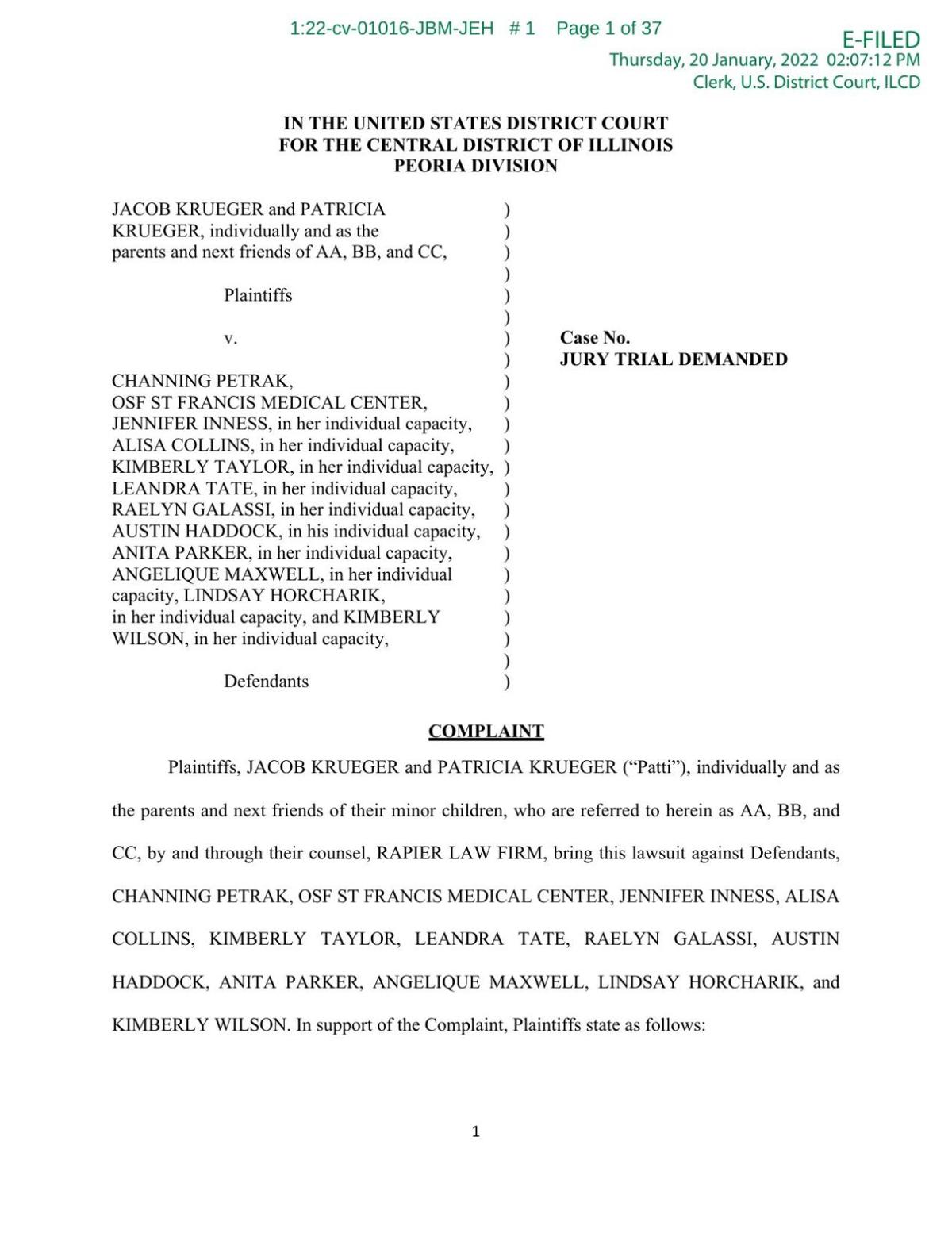 What the US Military Spends in Illinois

How Much Rising Mortgage Rates Could Cost Homebuyers in Illinois

This Is the City with the Most Veterans in Illinois