(The Center Square) – Enforcement of Illinois’ gun ban has been temporarily suspended for the 860-plus individuals who sued the state.

A judge issued the TRO Friday evening. The case advances pending an expected appeal by the governor and legislative leaders. A preliminary injunction hearing is set for 9:30 a.m. on Feb. 1.

There are other pending lawsuits filed against the state's gun ban. A separate state-level case is in Crawford County. That awaits a judge to be assigned. A federal case in the Southern District of Illinois filed by the Illinois State Rifle Association has yet to have a hearing scheduled.

The new law bans more than 170 semi-automatic handguns and rifles as well as magazines that hold more than 10 rounds in rifles and more than 15 rounds in handguns.

Other challenges contend the law also violates citizens' right to own and carry firearms under the Second Amendment and their rights against self-incrimination under the Fifth Amendment. The law requires people who already owned any of the banned guns or magazines to register them with the state. 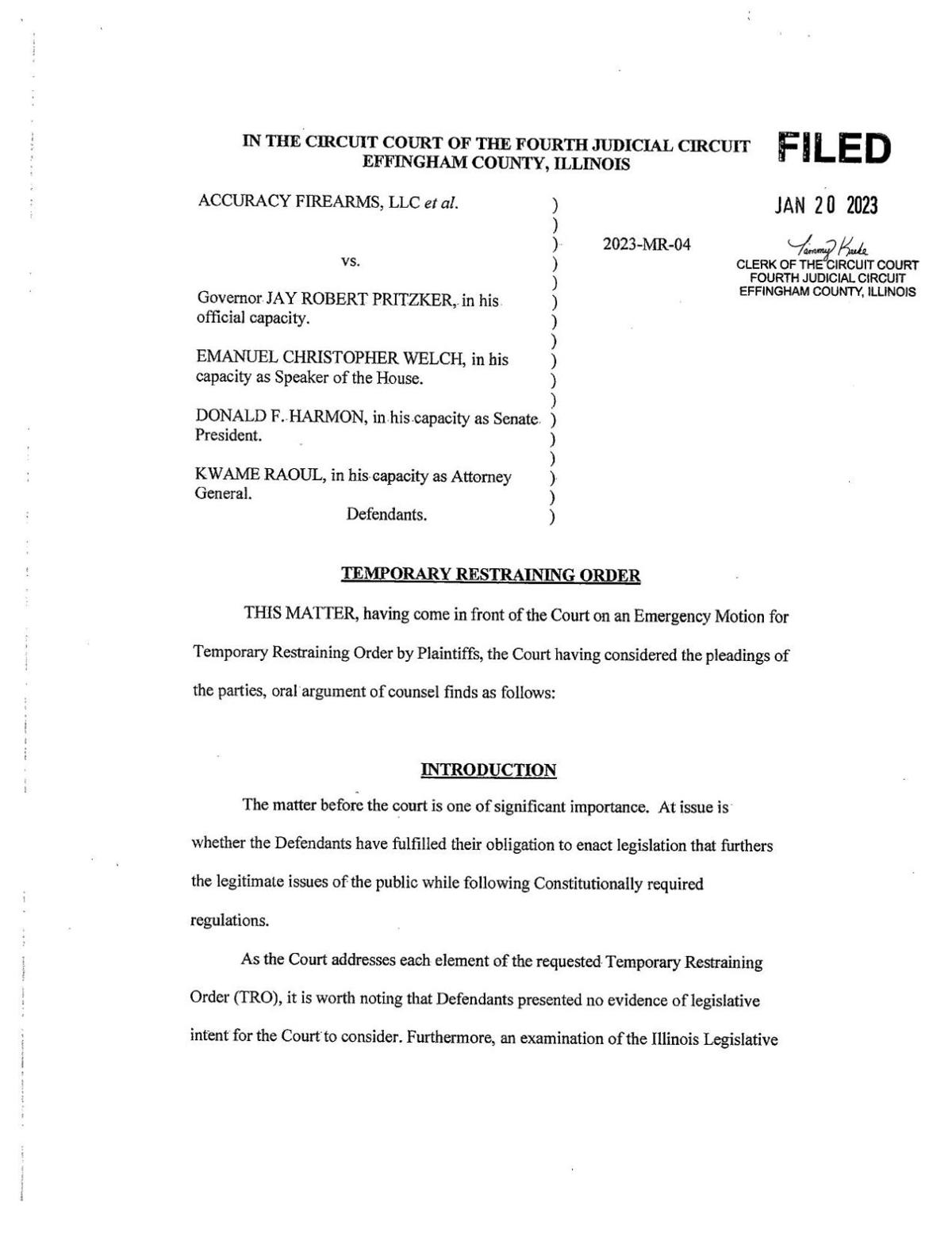 This Is How Alcohol Consumption in Illinois Compares to Other States

How Living Off the Grid in Illinois Compares to Other States

This Is the Average ‘Time-to-Crime’ for Firearms in Illinois

Governments across U.S. looking to state of emergencies to address gun violence