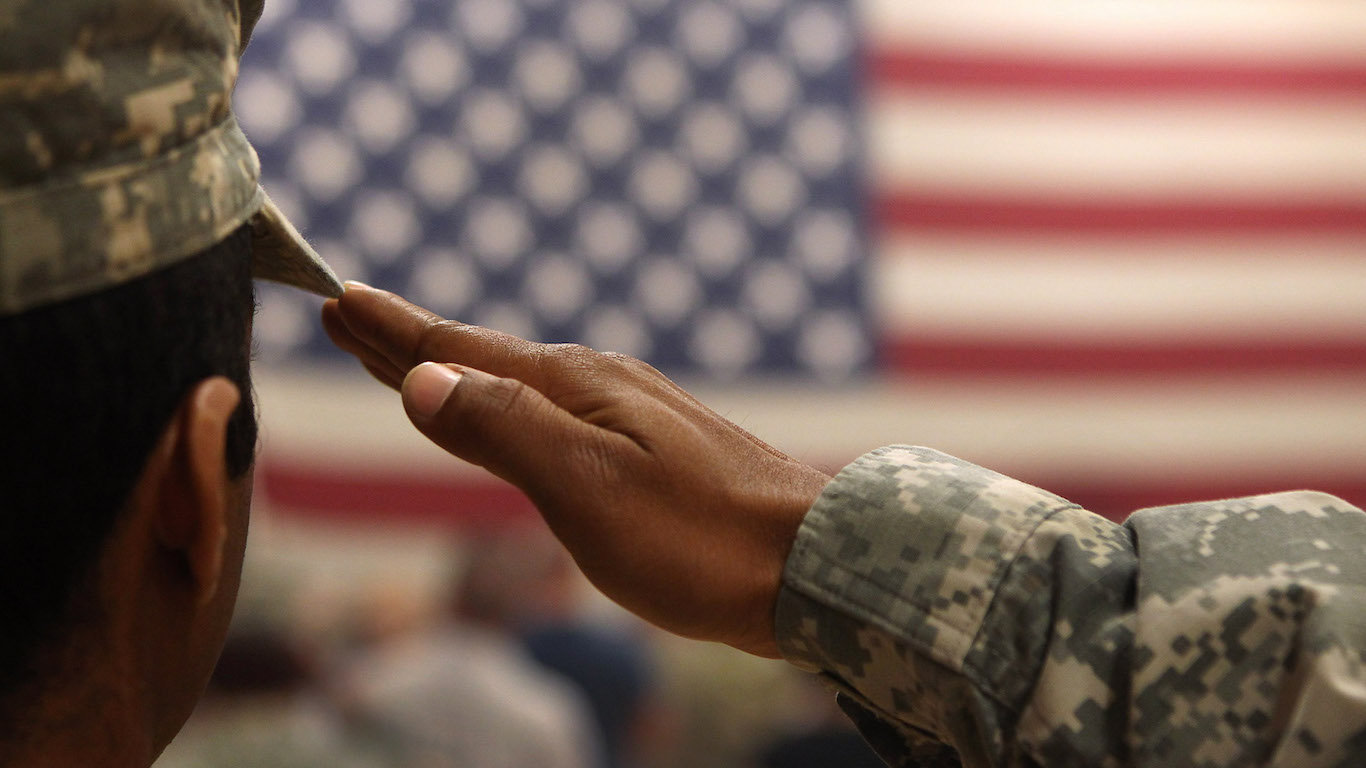 A reported 50 people from Idaho died in the wars in Iraq and Afghanistan of the last two decades, accounting for 0.7% of all deaths among the 50 states. Of those deaths, 33 were connected to the war in Iraq and the remaining 17 to the war in Afghanistan. Not all those reported as killed in these wars died in combat situations. Some of the deaths listed were caused by accidents like aircraft crashes, as well as friendly fire incidents, illness, and suicide.

Idaho is home to 33,479 veterans who served in the post 9/11 era, according to estimates from the U.S. Census Bureau's 2021 American Community Survey.

This Is How Alcohol Consumption in Idaho Compares to Other States

How Living Off the Grid in Idaho Compares to Other States

This Is the Average ‘Time-to-Crime’ for Firearms in Idaho