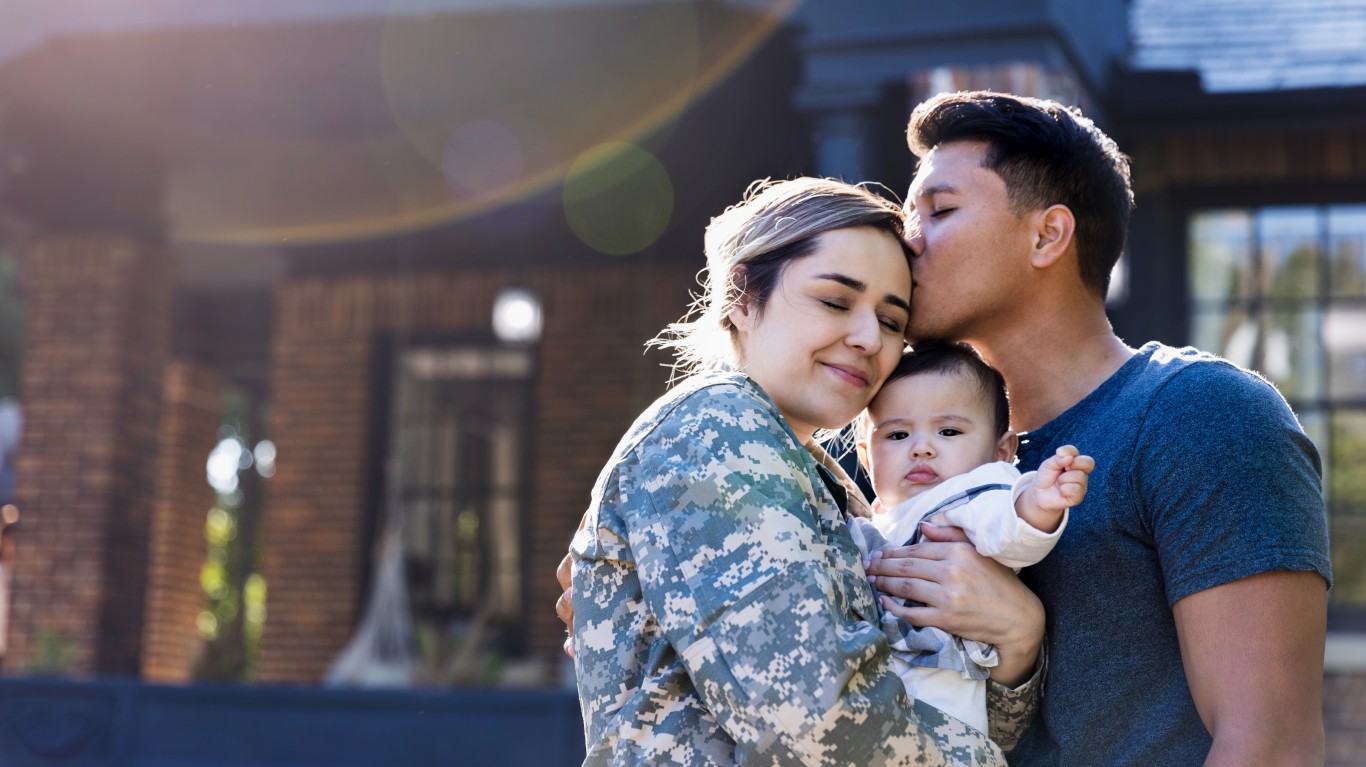 The Augusta-Richmond County metro area, which covers parts of Georgia and South Carolina, is home to a higher concentration of military veterans than the average across the country. There are an estimated 54,770 civilians living in the metro area with a background of military service, or 12.0% of the local adult population. Nationwide, just 7.1% of the civilian adult population are veterans.

It is important to note that while many veterans chose to enlist out of a sense of patriotic duty, many living veterans did not choose to serve and were drafted into service during the Vietnam War. In Augusta-Richmond County, those whose period of service is confined to the Vietnam Era account for 28.1% of the total veteran population. Another 18.0% of veterans in the metro area enlisted after the terrorist attacks of Sept. 11, 2001.

This Is the City with the Lowest Rent in Georgia

Augusta-Richmond County, GA-SC Has One of the Largest Veteran Populations in the Nation

Columbus, GA-AL Has One of the Largest Veteran Populations in the Nation

Warner Robins, GA Has One of the Largest Veteran Populations in the Nation