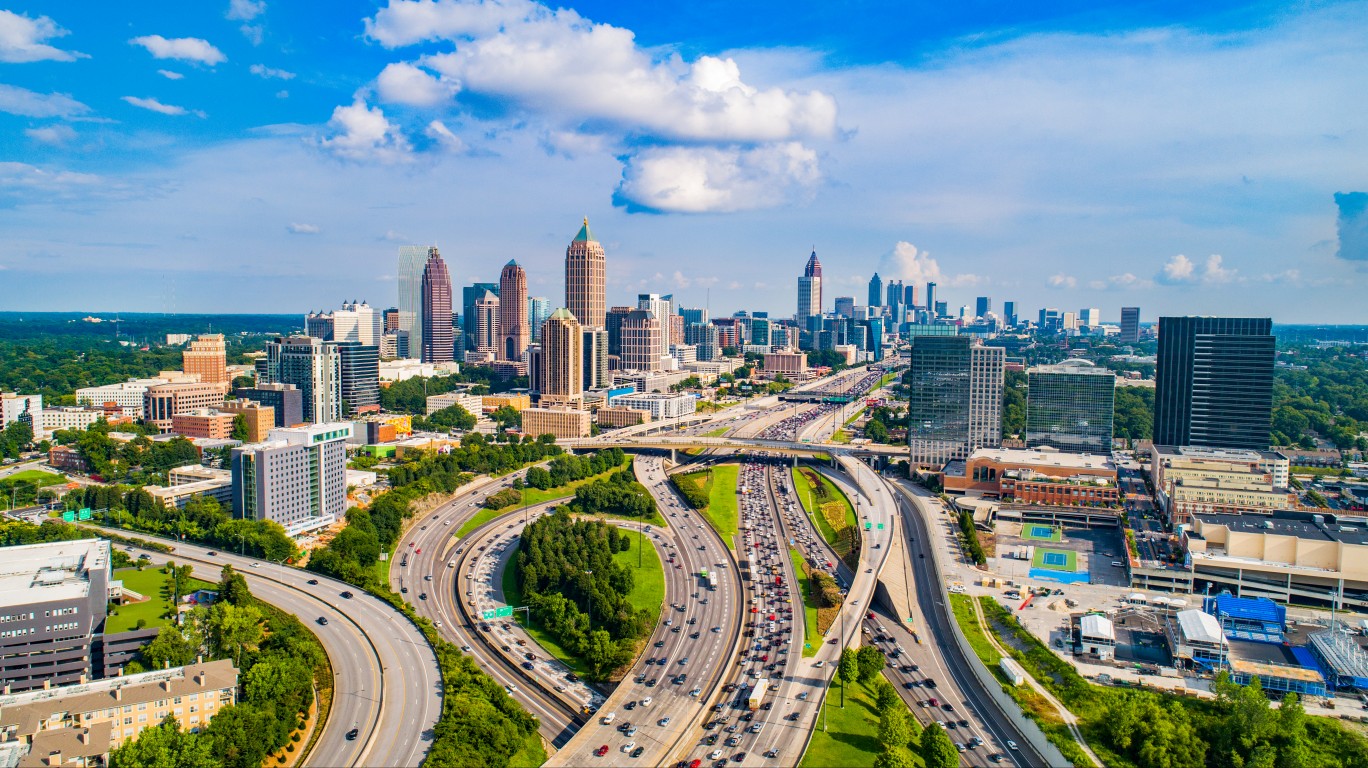 Accounting for these factors and anticipating future trends, the population of the Atlanta-Sandy Springs-Alpharetta metro area in Georgia is projected to grow from 6,223,700 in 2022 to 9,549,300 in 2060. The 53.4% projected population growth in the metro area is the 38th highest of all 384 U.S. metro areas.