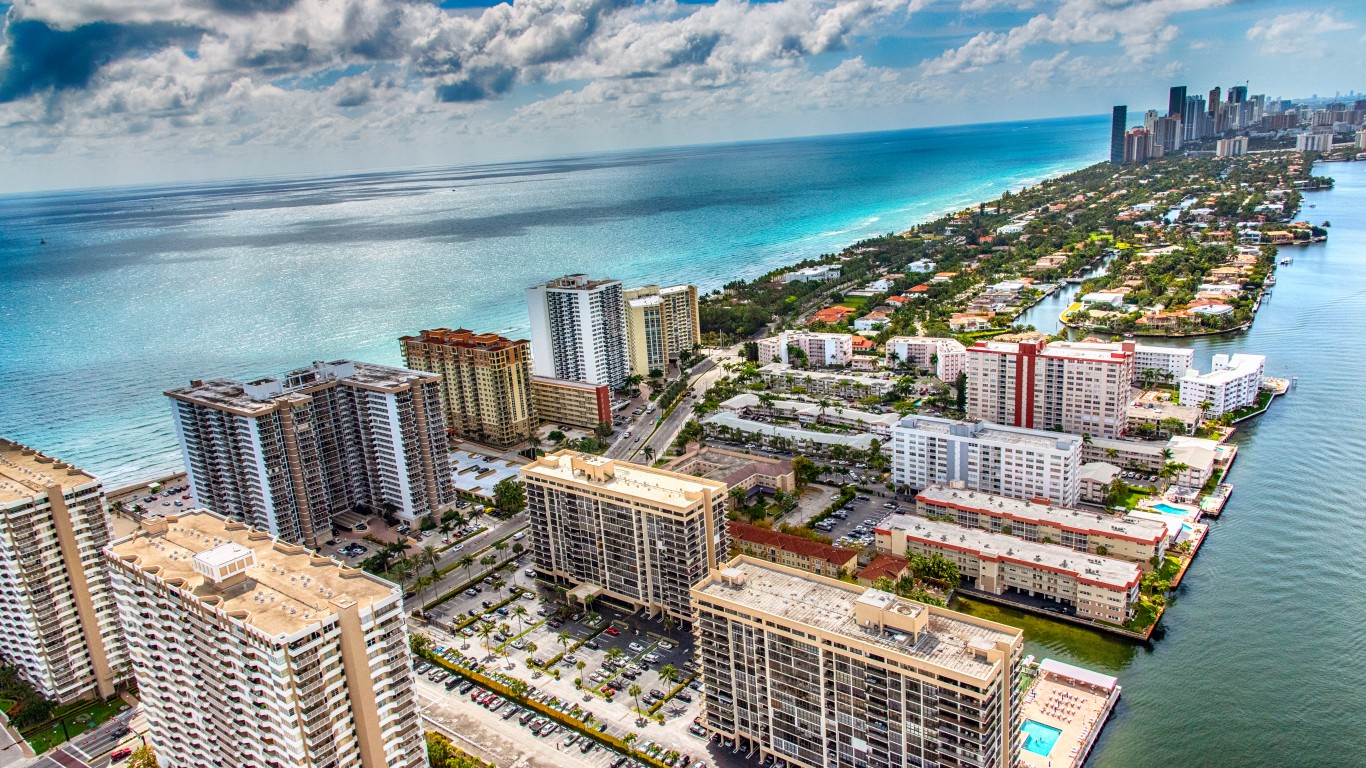 Florida City, located in southern Florida, ranks as the worst place to live in the state. Likely due in part to a 14.0% average five-year unemployment rate, well more than double the comparable 5.6% statewide rate, serious financial hardship is widespread in the area. An estimated 40% of the 12,000 people living in Florida City earn a poverty level income, compared to 14% of all Floridians who do.

How Health Insurance Coverage in Florida Compares to Other States

This Is the Least Educated Metro Area in Florida