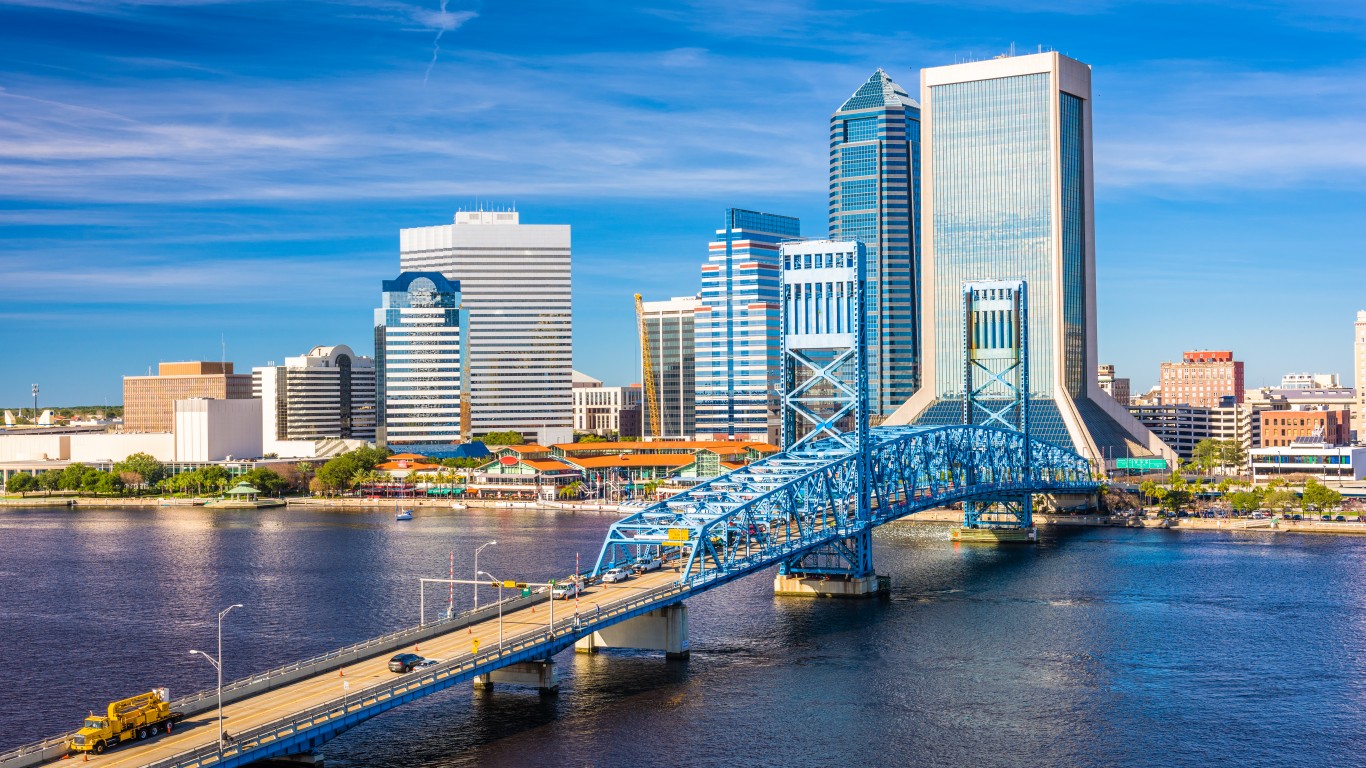 The 32208 ZIP code, situated along the Trout River just north of downtown Jacksonville, Florida, is one of only 27 ZIP codes nationwide where the price of the typical home sold in 2020 was less than $80,000. There were over 540 homes bought and sold in the area in the last year, and most went for $78,650 or less.

Parts of the country with low home values are often home to relatively large populations that are struggling financially. In the 32208 ZIP code, nearly one in every four residents live below the poverty line, and 12.9% households earn $10,000 or less a year. Nationwide, 13.4% of the population live below the poverty line, and 6% of households earn less than $10,000 annually.

This is How Many People Work for the Government in Florida

How Income Growth in Florida Compares to Other States

This is the Worst City to Live in Florida

Republicans call for investigation into release of wealthy's tax returns