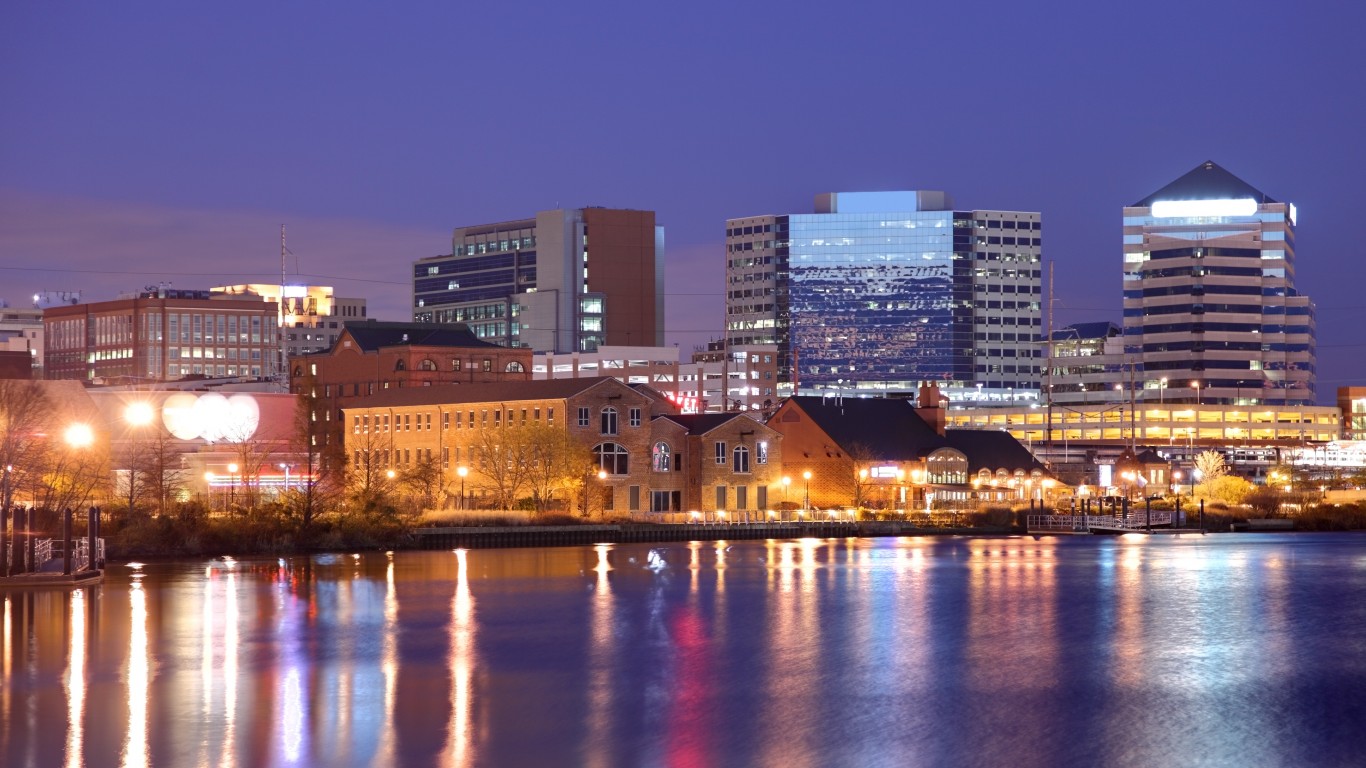 Though the state's violent crime rate is higher than the national average, it did not climb as fast as the national rate, increasing by 2.2% over the previous year.

Delaware Is Among the Most Sleep Deprived States

This Is the Most Educated City in Delaware

How Income Inequality in Delaware Compares to Other States