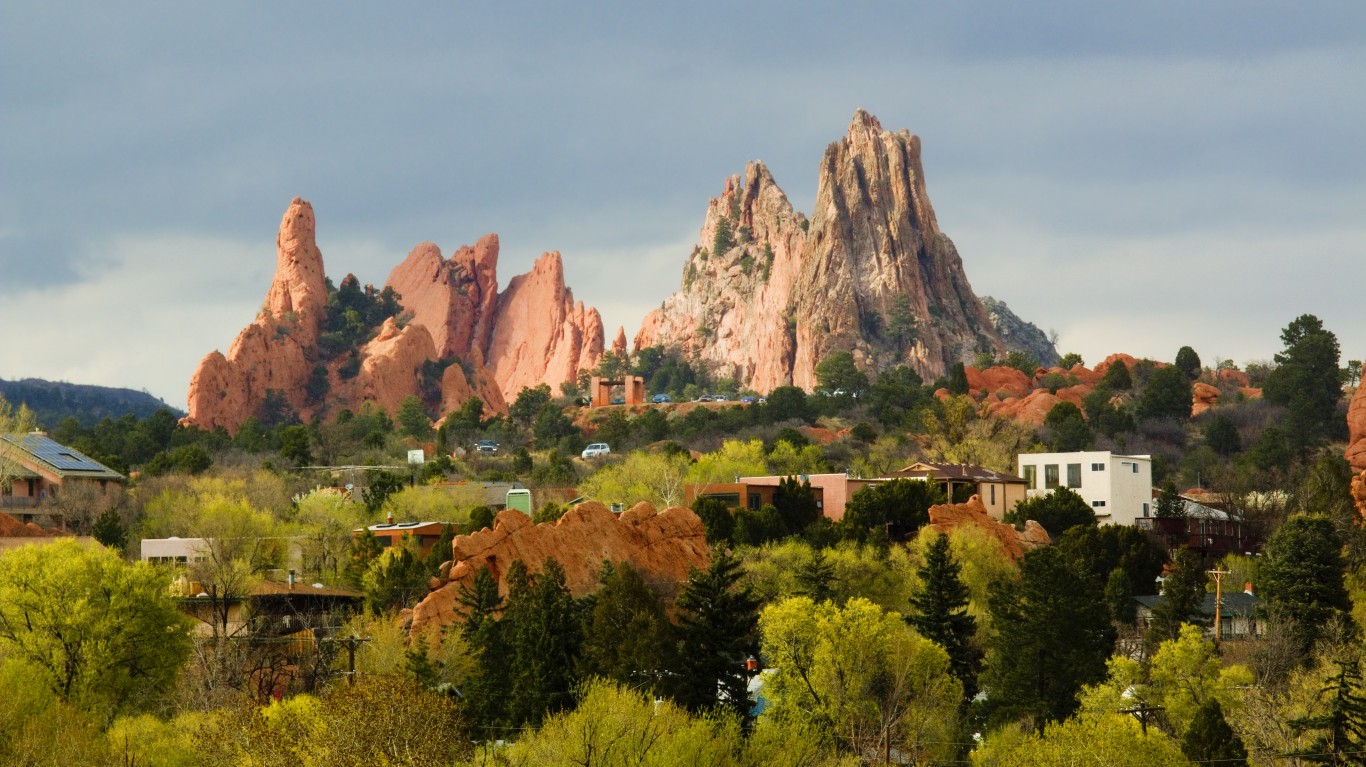 The share of adults nationwide who meet or exceed federal exercise guidelines -- 150 minutes of moderate aerobic exercise or 75 minutes of vigorous physical activity a week -- is on the rise. Nearly a quarter of adult Americans met the requirements in 2017, compared to just over 18% a decade earlier, according to the Centers for Disease Control and Prevention. The news is encouraging, and residents of several cities are leading the pack.

There is one emerging trend. Metropolitan areas in Western states have relatively higher shares of adults who report regular leisure-time physical activity. Physical activity includes working out and other activities people engage in outside of work and in their free time.

Colorado Springs, Colorado, is the metro area with the 21st highest share of adults who exercise regularly. About 84.4% of adult residents report being physically active in their leisure time. Nationwide, that figure is 77.3%

Even little time spent exercising is better than none. The share of adult residents who are obese is generally higher in cities where people are less active. The adult obesity rate in Colorado Springs is 22.9%, which is 6.8 percentage points lower than the U.S. adult obesity rate of 29.7%.

In cities where the highest share of adults exercise regularly, residents also tend to feel healthier. In Colorado Springs, 13.6% of adults report being in poor or fair health, compared to 16.5% across the U.S. as a whole.

Income also may be a factor in whether people spend time working out. People with higher incomes are more likely to exercise perhaps because they can afford gym memberships and working out apparel. The median household income in Colorado Springs is $72,633 a year. This is $6,921 more than the national median of $65,712.

There is some evidence that diet and exercise can delay the onset of diabetes because muscle cells use insulin and glucose more efficiently. The share of adults 20 and older in Colorado Springs reporting they have diabetes is 5.5%, compared to 10.5% across the U.S.

24/7 Wall St. reviewed data on physical activity in all 382 metro areas in the U.S. from the 2021 report by the County Health Rankings & Roadmaps, a collaboration between the Robert Wood Johnson Foundation and the University of Wisconsin Population Health Institute, to determine the cities with the highest shares of people exercising on a regular basis.These are the 50 most active cities in America.

This Is the Least Educated Metro Area in Colorado