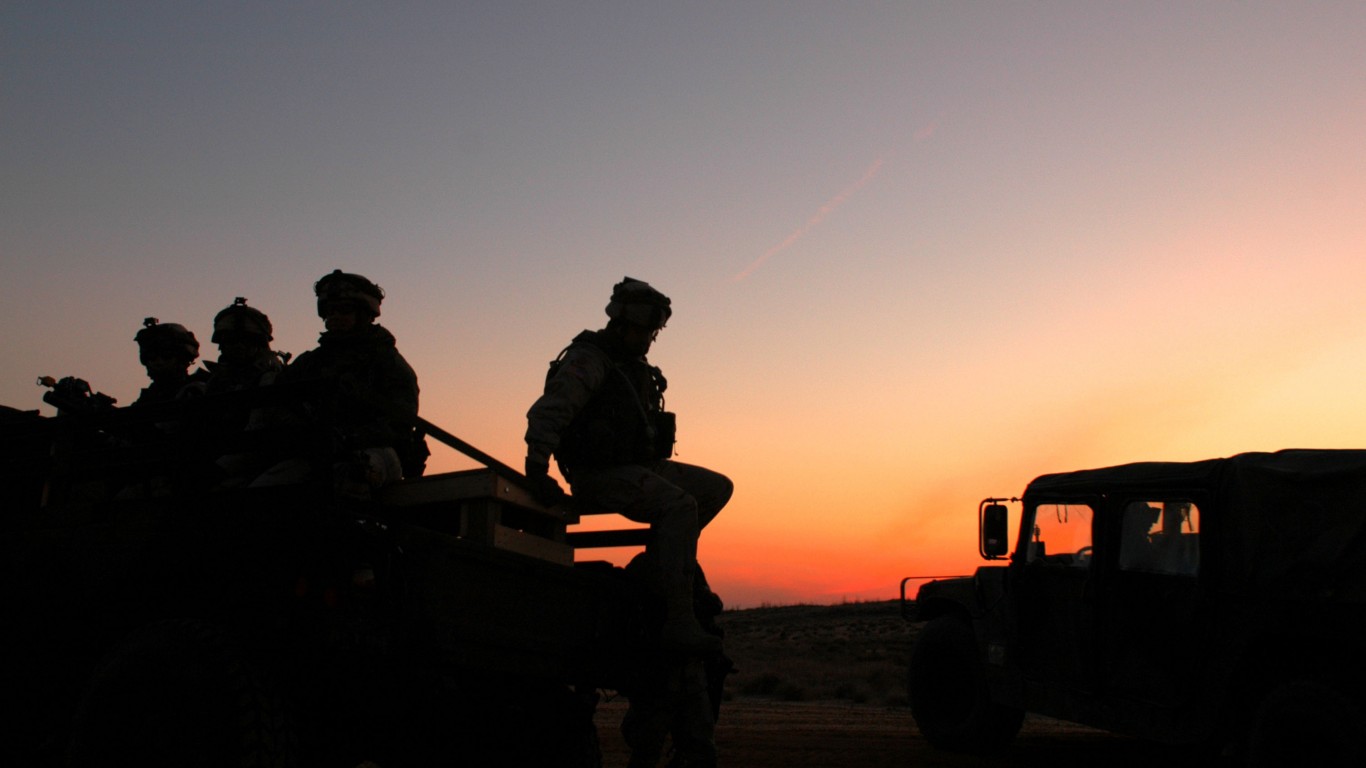 According to the Department of Defense's report Demographics Profile of the Military Community for 2019 - the most recent year of comprehensive data by base - Fort Carson, located six miles from Colorado Springs, ranks as the largest military base in Colorado by troop count.

The base, run by the Army, is home to 24,520 active-duty service members. Including military family members and other dependents, there are a total of 57,473 people at the base.

How Living Off the Grid in Colorado Compares to Other States

This Is the Average ‘Time-to-Crime’ for Firearms in Colorado

This Is the Poorest Town in Colorado