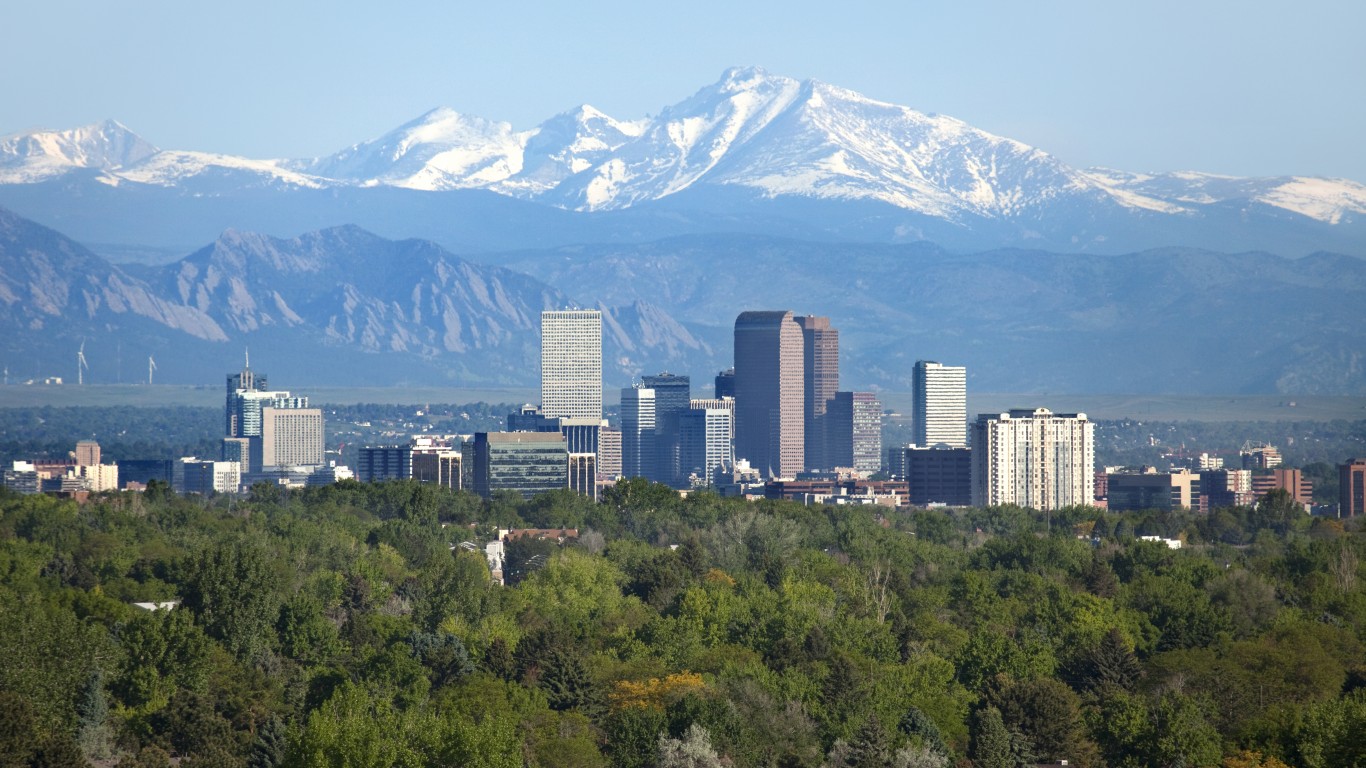 As of 2019, the most recent available year of state-level data, life expectancy at birth in Colorado is 80.6 years, the sixth highest among states and higher than the comparable national average of 79.2 years.

Both at an individual and population level, life expectancy is closely linked to certain economic factors. For example, lower-income Americans are less able to afford adequate health care or a range of healthy options related to diet and lifestyle. Recent studies have shown that life expectancy among the wealthiest 1% of Americans exceeds that of the poorest 1% by well over a decade. This general pattern holds in Colorado, where the typical household earns $77,127 a year, more than the national median household income of $65,712.

Pueblo, CO Is Among the Worst Cities in the Country for Auto Theft

Denver-Aurora-Lakewood, CO Is Among the Worst Cities in the Country for Auto Theft

Greeley, CO Is Among the Worst Cities in the Country for Auto Theft

Colorado Springs, CO Is Among the Worst Cities in the Country for Auto Theft