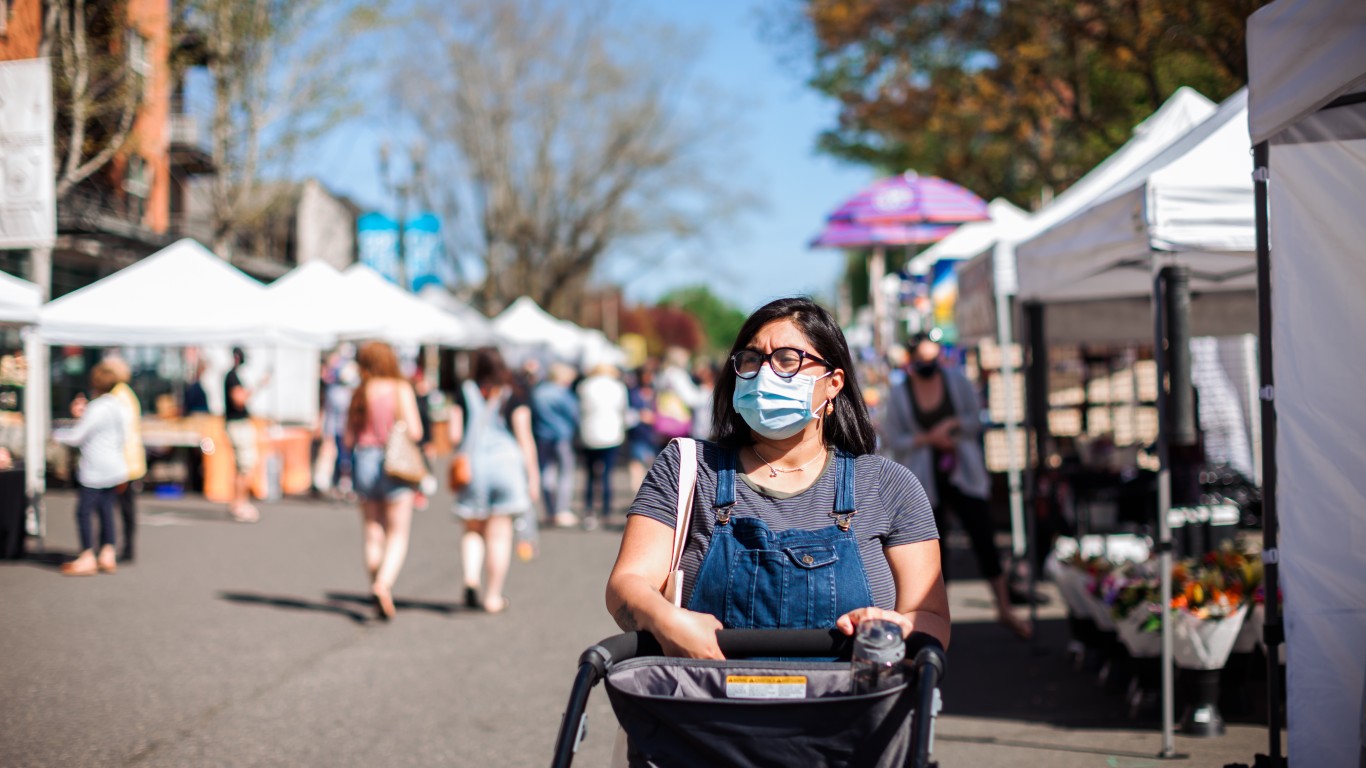 During the first year of the pandemic, only about 27 million Americans moved to a new home. That figure represents a 9% decline from the previous year and is the continuation of a multi-year trend in decreasing mobility rates.

The prevailing narrative is that many of those who moved during the pandemic, did so to leave major cities, partially to reduce their risk of exposure to COVID-19. According to the latest population data from the U.S. Census Bureau, some of the largest cities in the country, including New York, Los Angeles, and Chicago, reported population decline last year - counting both net migration as well as births and deaths.

However, not all cities suffered from population decline in the first year of the pandemic. Many major metropolitan areas have reported substantial population growth during 2020 and 2021.

This Is the City with the Lowest Rent in California

Here’s How Rich California Residents Are Compared to the Nation

Here’s How Much the Population Grew in Merced, CA During the Pandemic