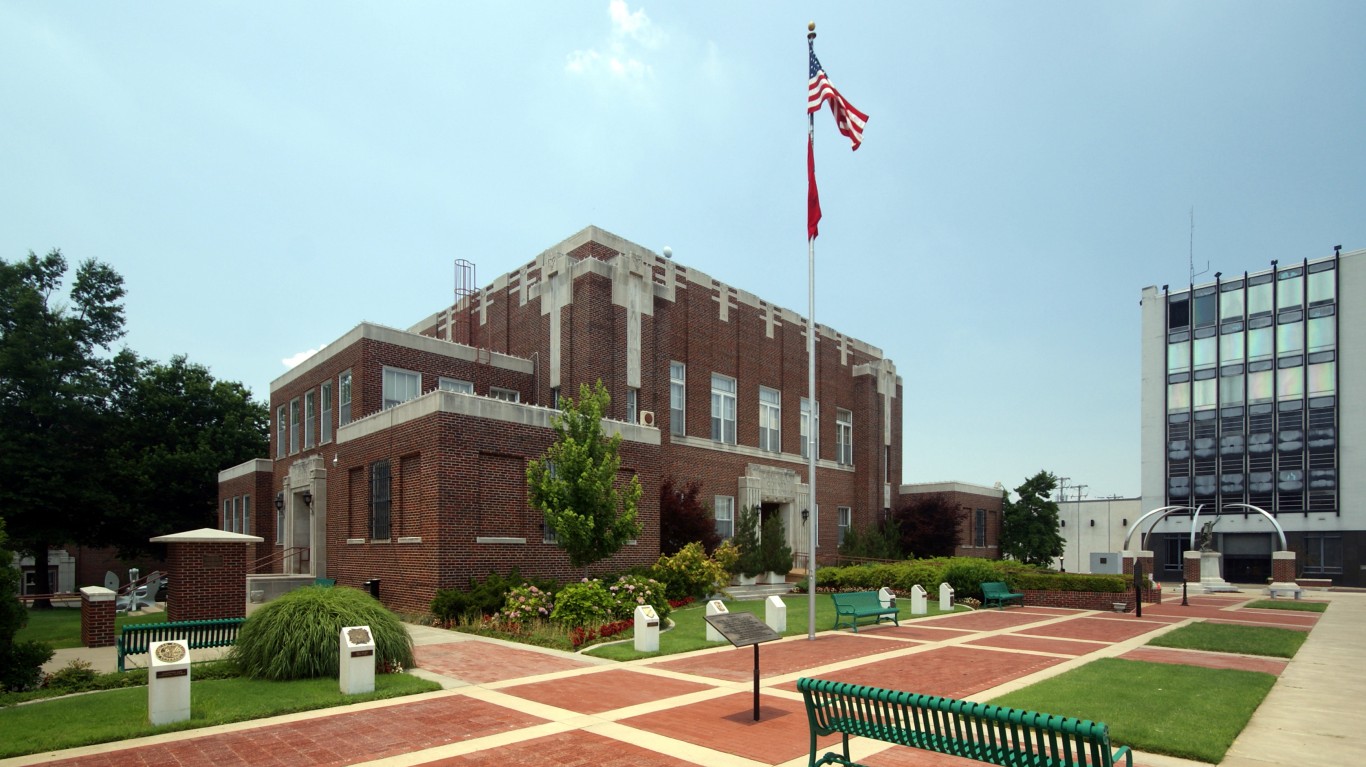 Over half of the 50 most dangerous U.S. metro areas are in the South with five are in Arkansas alone -- and Jonesboro is one of them. After jumping 18.6% year over year, Jonesboro's violent crime rate stands at 660 incidents for every 100,000 people. The increase was driven by a surge in cases of aggravated assault.

Crime in the United States is often disproportionately concentrated in poor communities, and in Jonesboro, 18.9% of the population live below the poverty line, compared to 12.3% of the U.S. population.

How Much Drivers Pay in Taxes at the Pump in Arkansas