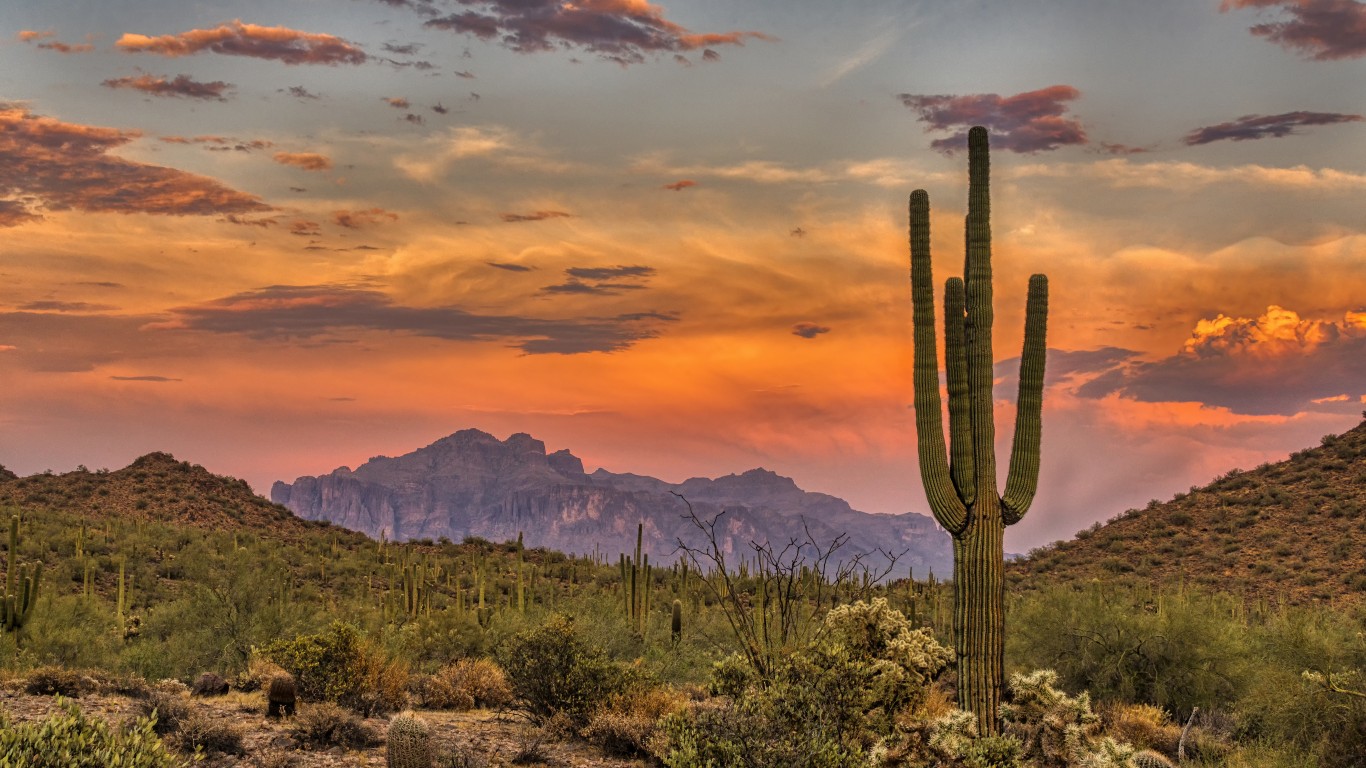 Each year, millions of Americans pack up and move to a new state - either for a job, family reasons, a change of climate, or any number of other reasons. Migration and natural population change resulting from births and deaths can cause significant demographic shifts, which have consequences for local economies and governments.

Negative or slow population growth can lead to weaker economic growth and fewer economic opportunities - which in turn can push more people out of a given state. Population decline can also mean reduced revenue for state governments and limited funding for public works and services and reduced ability to meet budgetary obligations. Here is a look at the states collecting the most in income tax.

According to a study conducted by the Weldon Cooper Center for Public Service at the University of Virginia, Arizona's population is projected to expand by 26.1% between 2020 and 2040 - an increase of 1,897,585 people. If the Cooper Center's projections bear out, Arizona's ranking as the 14th most populous state will remain unchanged, also taking into account population changes in other states.

A full methodological explanation for how these projections were calculated can be found here.

This is How Many People are on Death Row in Arizona

This Is the Largest Military Base in Arizona