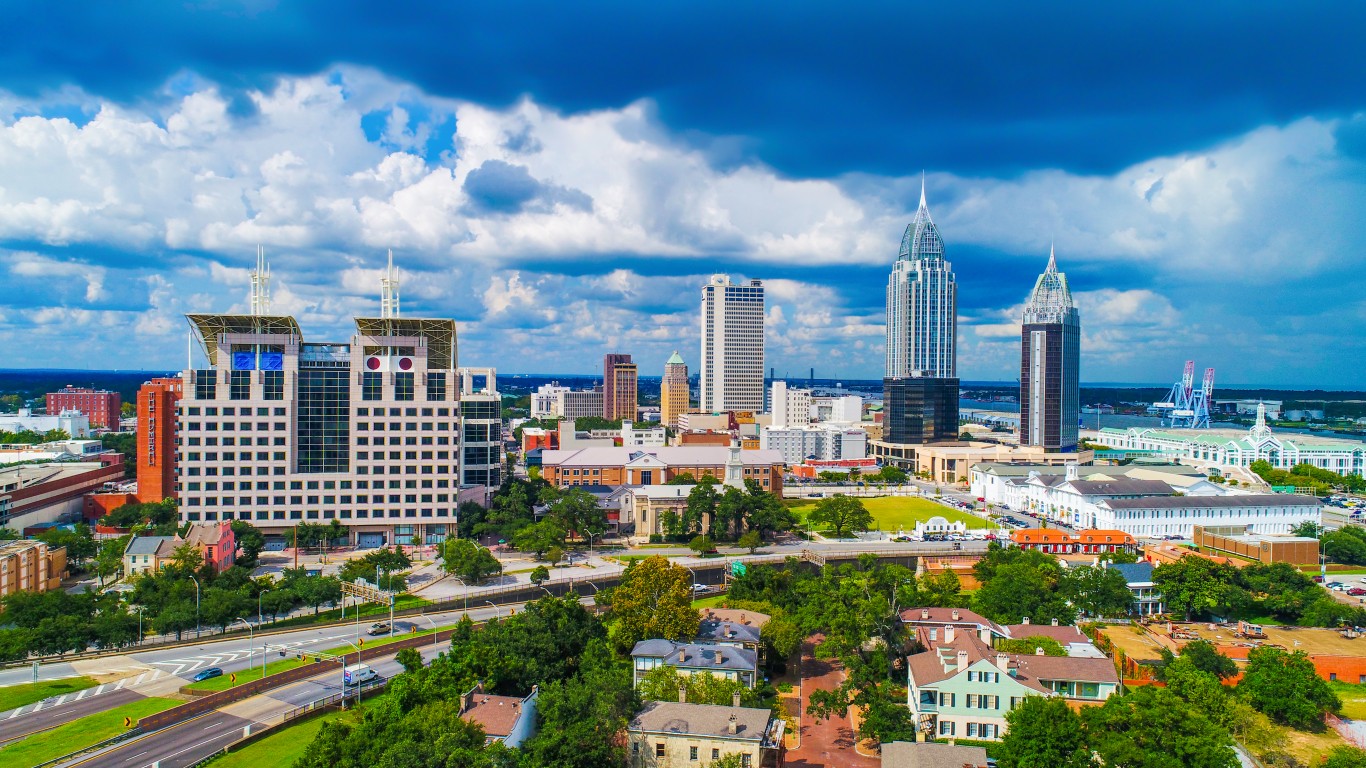 Based on an index of these factors, Alabama ranks as the 24th best place to be unemployed. Due in part to expanded eligibility during the pandemic, the share of the unemployed population receiving benefits in Alabama increased from 23.2% in 2019 to 56.4% in 2020. Meanwhile, the national 2020 recipiency rate stands at 77.6%, up from 27.7% the previous year. It is important to note that in some states, perhaps also due to expanded eligibility, the average number of people who received UI benefits in 2020 exceeds the average number of people who were unemployed over the course of the year.

Over the course of the past year, the job market has been gaining momentum and overall employment nationwide climbed 13.4% between April 2020 and April 2021. In Alabama, job gains were about average, as overall employment increased by 13.4% over the same period. Currently, the monthly jobless rate in Alabama stands at 3.6%, lower than the April 2021 national unemployment rate of 6.1%.

How Alabama’s Pension Shortfall Compares to Other States

This Is the Largest Industry in Alabama

This Is the City Hit Hardest by Extreme Poverty in Alabama

How Health Insurance Coverage in Alabama Compares to Other States